LunarMist said:
There are plenty of 50mm options for Nikon.
Why would you use a fast prime like a 28/1.4 for landscapes? Is it really the best choice in that FL?
Click to expand...

The Nikkor e-series lenses are sharper than the older g-series ones. I'd only want a 28mm because it would be "evenly spaced" between a 19-20mm lens and a 50mm lens.


LunarMist said:
It's stupid that people still want that archaic blurry/jerky 24FPS look from like 80-90 years ago.
Click to expand...

If you shot 24p video 2 years ago and wanted to add/edit, more/different, video to that file and could not shoot at 24p that would be problematic.
S

There are actual specs listed vs the "no-info" Nikon D6 announcement.

The sensor has no resolution. That does not bode well.
S

(everything sounds really awesome up till this point...then...wait for it...)

Lets ignore all the bad press from media/youtubers who shit all over the Z 6 and Z 7 for this. I understand the "bean counter" arguments for removing this feature. But beside the upcoming D6, the D780 could very well be the last DSLR Nikon produces. Especially if they can get a competent mirrorless D850 produced by late 2020/early 2021. Why remove features from your "last" camera? WTF. Sorry this just pisses me off as I'm not serious enough and/or rich enough to ever jump all the way up to a D850 class of camera. I was considering the D780 but no grip=NEVER BUY. PERIOD.

Canon looks to be having a hold my beer moment with the 1D X III. https://www.canonrumors.com/canon-eos-1d-x-mark-iii-summary/

They can't leave Nikon to doing all the disappointing.
S

Yeah I saw that 1D X III article. Canon upgraded and downgraded their video just a bit. Is 5.4k RAW video so exciting that they'd compromise DPAF @ 4k for it? I'm sure the III will be an amazing camera but I was getting the feeling the Canonites were like, "is this it?" regarding their flagship camera. Like a 1D X 2.1 instead of III. I have a feeling the Nikon folks will get a D5.1 as well.

And I can understand their feelings and frustration like I have for the grip-less and joystick-less, $2k, D780.

Also interesting was no resolution bump on the 1D X III. Probably means the D6 will stay at 20 MP as well. Anecdotally there seems to be a need, desire and demand for a high MP camera with a high frame fate (14 fps) for the BIF and wildlife people. A truly "pro" D850 spec'd camera. Understandable the sports, action, PJ people want to stay at 20 MP since they only need 2-4MP for their published images anyways.

Since the D5 and 1D X II are such fine cameras if Canon/Nikon wasn't going to bump up the res any that maybe they should have put out a HIGH RES 45-60 MP D5x or 1D X II x camera.
S

My guesses for the list price of new Nikon gear were fairly close.

The D780 and the mega/super zoom seem a bit high, but at least the mega/super zoom (if the MTFs are accurate) is stellar. The $2600 for the 70-200mm S lens is a bit surprising. Cheaper than I thought it would be. Especially if it ends up being better than the F-mount E version which is the best 70-200 on the market today.
S

The Nikon D6 has been officially announced.

This is not the D6 I was hoping for. I'm calling this camera the Nikon D5.1. As there's not even enough new features to call it a D5s.

Total snoozefest and fail for Nikon.

Looks like Sony is exiting the DSLR market to focus on mirrorless: 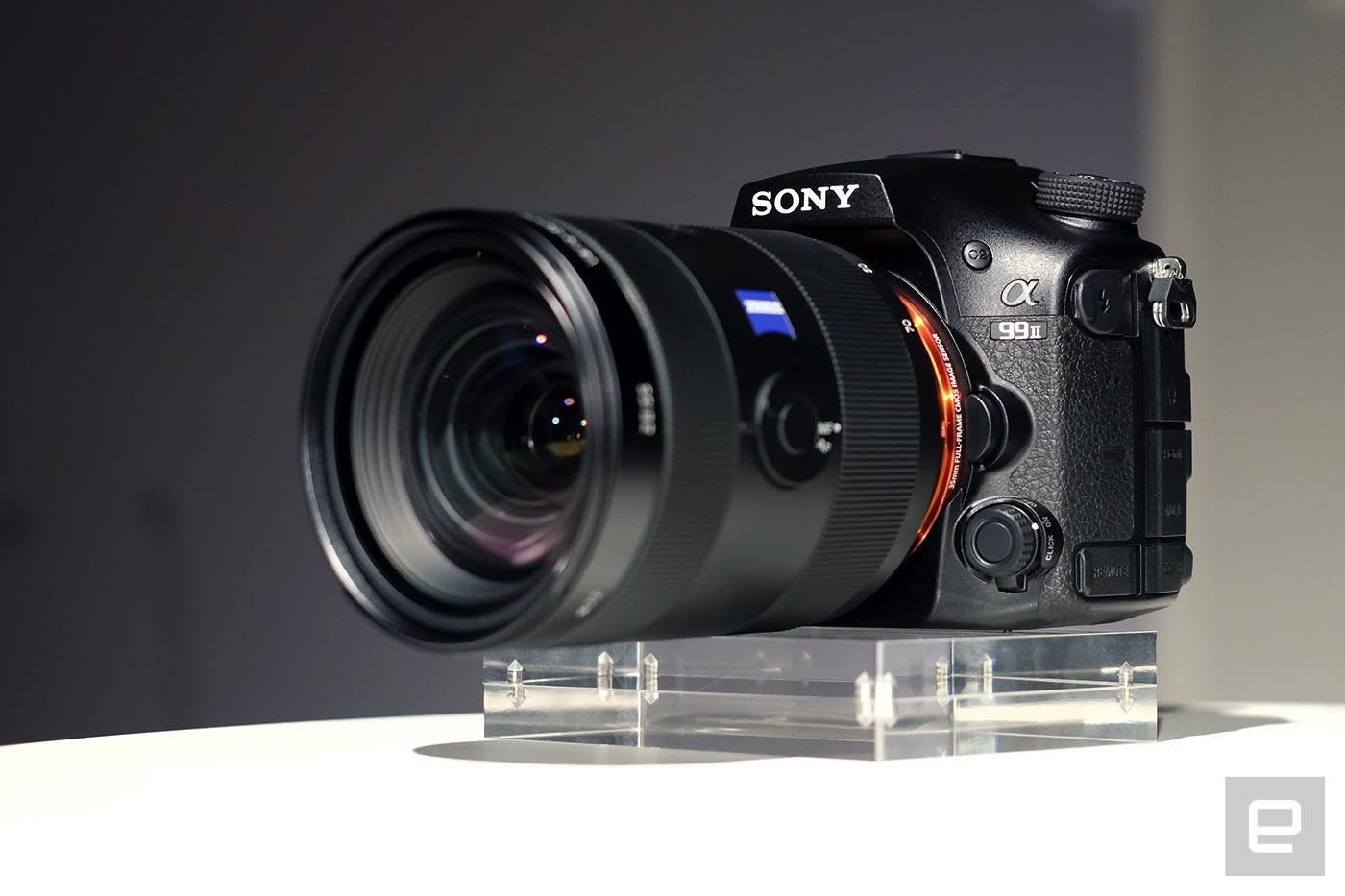 I believe Nikon has announced that they're ending sales of SLR cameras as well.
Canon has said 2021 will be the last year it offers new SLR cameras and it has also ended production of a number of EF lenses that have an RF equivalent.

No, they are not ending sales. There will be no new cameras designed/introduced. Some cameras like the Nikon F6 were produced for more than a decade after digital cameras appeared. The big problem is the lack of new lens designs or inferior lens designs that don't replace the old ones. Some recently discontinued Canon EF or Nikkor lenses will be in high demand and quite valuable although not serviceable in a few years.

But the writing is on the wall for camera bodies. There will still be DSLRs in the supply chain for years, obviously, but apparently some of the more common EF mount lenses have dropped off support lists, and that's potentially a bigger deal for someone who wants to stick with their old body.

A couple of my models just bought cameras of their own over the weekend. They asked me what to get. I suggested the Canon RP or a 90D. I do think the 90D is a better overall camera in a lot of important ways, but it's hard to argue with getting an RF mount, even if they both wound up buying a $100 EF to RF adapter first thing.

The situation sure is grim now, especially for the DX/EF-s croppers. Nikon and Canon don't have Jack in ML reach cameras with decent AF and proper controls. All Nikon has is the anemic Z50 and Canon has nothing but the useless M mount stuff. In 2015 Nikon had 24 MP DX with nice performance in the D7200 and the D500 improved on that in 2016 (best AF ever in a cropper). No Canon or Nikon mirorless sh*t has that resolution (only the 60MP S*ny a7RIV series is equal) and nothing approaches the 90D.

I don't understand why Canon hasn't killed EF-M yet, but I think it's pandemic supply chain BS that's keeping both Canon and Nikon from offering crop sensor bodies. They just don't want to be bothered with anything that doesn't have margins like a $2000+ body.

Does anyone really NEED a crop sensor though? Wildlife maybe? I'd think all the extra AF tricks in full frame MILCs would make those a better choice for the field sports people even if the extra reach is useful for them as well.

There is a pixel density limit beyond which there really is no point in going smaller. That limit moves from time to time as technology (lenses, mostly) improves, but it moves quite slowly. Currently, the sensible limit is around about 70,000 px/mm2 - i.e., roughly 60MP in a full frame camera. The 7D II sits just below it, the 90D a little above it. In full frame, the 5DS R is just right - maximum resolution with no wasted effort.

Speaking of the 5DS R, it is a magnificent camera. After owning an EOS R for more than a year, I have no intention of going back to mirrorless . The EOS R was rubbish, worst Canon camera I have ever owned by quite a margin, and I've owned plenty. My current kit - 5DS R, 5D IV, 1D IV, 7D II - does everything I need and does it better than any non-SLR collection could do. Never say never, but on current evidence, I won't be moving on from SLRs. Canon have to do much <i>much</i>better if they want to force me out of SLRs.

Have you tried any of the higher model Rs? The R5 and R6 really are substantially better cameras.

They are better than the R and RP of course, but the acquisition rate of even the modest 5D IV for OOF general subjects is way higher than the R5.
Tony should stay with the DSLRs for a while longer. Despite the bullsh*t on the interwebs, the MILCs are still years away from DSLRs in some areas.

No Merc. Once bitten, twice shy. Canon got $3200 of my money on an awful dud of a camera, damned if I'm going to fall for that scam twice. (I got about half my money back on the R by selling it 18 months later.)

Bottom line is that I look through cameras as well as take pictures with them (i.e., to observe birds and wildlife). Mirrorless cameras are hopeless for that. And I sometimes spend a long time looking through a camera waiting for the magic moment. There is just too much eyestrain involved if you haven't got a proper viewfinder.

(And that is leaving aside the other issues: viewfinder lag and inferior focus. OK, people say the R5 is much improved, but it want to be on a whole different planet to the EOS R, and even if it was, it still wouldn't have a proper viewfinder. In short, I may well be looking for a coffin before I go looking for a mirrorless camera for bird work.)

The EVF refresh rate and lag are practically eliminated with the R3, A1, and Z9, but the focus and other inherent mirrorless issues remain.
The question is whether the R5 II will have a better system or maybe it will have to be the rumored R1.
Ironically I am finding more use for the R5 in landscapes.
Last edited: May 6, 2022

In May I bought a D7500 as a last DX camera before they disappear forever. It's not as good as the D7200, but faster. I hope that pair lasts a few years until a decent grade Z-DX MILS exists and matures enough in AF, which probably will not be the first generation. All Nikon has now is the Zfc for the "hipster doofus" and the Z50 D5000-class body.
Last edited: Jun 3, 2022

How do you decide among your various bodies which one you use?